Envrmnt is Verizon's AR and VR organization. One major component of our platform is a web-based authoring tool suite, called Envrmnt Creator (and at the time of launch, AR Designer), which gives most non-technical users an easy way to create AR experiences that can be viewed with our AR SDK. The work I feature here was a joint effort from my team and I to create the design deliverables for our initial go-to-market. These items included, among others, the web site and a product promo video. 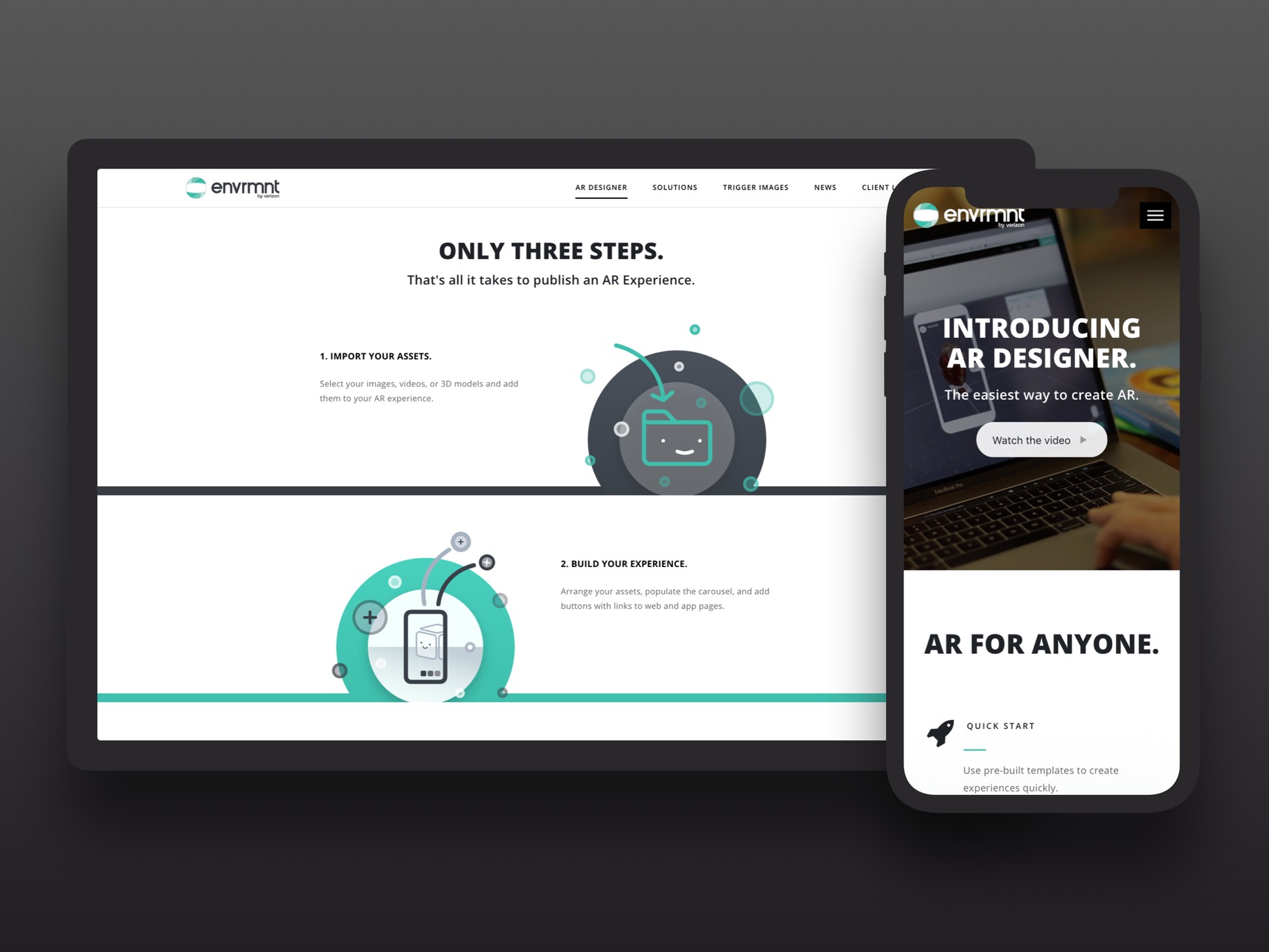 The following is a promotional launch video that was produced entirely with internal resources and actors in less than two weeks. You may also read more about the launch at Verizon's Newsroom.